How to Recognize Iron Deficiency Anemia in your Elderly Loved Ones 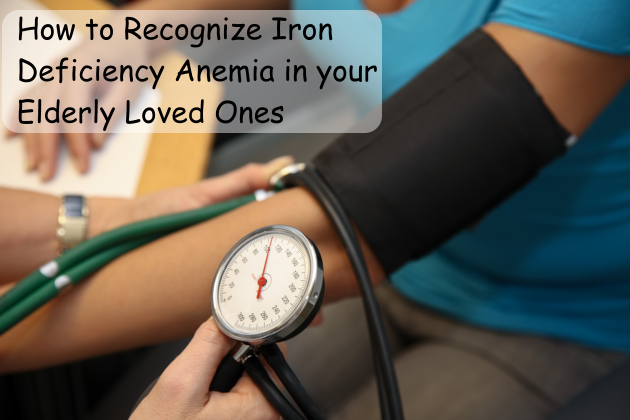 When you have a level of red blood cells in your blood that is lower than normal, anemia occurs. And the most common type of anemia is iron deficiency anemia since the body needs iron to make a protein called hemoglobin that is responsible for carrying oxygen to the body’s tissues in order for one’s muscles to function properly. So if there is not enough iron in the blood stream, this could result in multiple adverse outcomes in the elderly.

According to the World Health Organization, about 8-44% of the elderly are found to have anemia. But anemia should not be accepted as an inevitable effect of aging. The experts of Trinity Care Adult Day Care Center in Morrow Georgia see that the onset of symptoms and signs of anemia is usually stealthy.

Why? The typical symptoms of anemia like weakness, fatigue, and dyspnea are not specific and are usually attributed to aging conditions. And frequently, older people who have signs of a disorder are made worse by anemia such as getting worse of congestive heart failure, dizziness, cognitive impairment, and apathy. Hence, anemia could easily be overlooked.

According to the American Society of Hematology, iron deficiency is the most common cause of anemia. And there are several reasons why a person might become deficient in iron:
Food such as meat, eggs, and some leafy green vegetables are high in iron. These foods are somehow cut in an elderly person’s diet. Hence, they eat too little iron over an extended amount of time causing a shortage in their bodies.

Internal bleeding is usually caused by certain medical conditions which can often result in iron deficiency anemia. Ailments such as polyps in the colon or intestines, ulcer in your stomach, or colon cancer are examples of internal bleeding conditions. It is also known that constant use of pain relievers such as aspirin or acetaminophen also contribute to stomach bleeding.

Older people sometimes deteriorate to the point that their body lacks the ability to absorb nutrients such as iron. Certain disorders (celiac disease) and surgeries (i.e. intestinal surgeries like the gastric bypass) can limit the amount of iron your body can absorb.

People with poor diets and vegetarians who do not replace meat with another iron-rich food are at risk of anemia. If your elderly loved ones do not get the right diet, they could belong in the former category. Remember to take note of the following symptoms of moderate to severe iron deficiency anemia: